Cave dining activities to be suspended from October 2016

With few exception, all dinner-in-the cave activities will be suspended starting from October 1st, according to the regulation of People’s Committee of QuangNinh Province in file 5705/UBND – VX1 and document code 3626/BVHTTDL-DSVH dated 12/9/2016, issued by Ministry of Culture, Sports and Tourism.

The rationale for this suspension is to preserve the originality of Halong's natural heritage as well as lessen human activities and impact on the environment.

As of the moment, the two cruise companies that offer cave dinner in their activity list have sought alternatives as below:

LaFairy Sails will organize dinner on sundeck with live music instead of in the dinning hall.

The decision is effective on 1 October and guests who have booked trip in advance for the months ahead will be notified accordingly.

Speak to someone who's been there 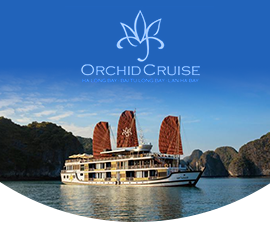 The most common departure cities are Hanoi and Hai Phong, both of which have her own international airports and a complex of highway that connects to Halong Bay.

Bai Tu Long Bay is one of the most sought-after destinations for travelers. Incredible sceneries and primitiveness.

Halong Bay, Lan Ha Bay and Bai Tu Long Bay: Which One Should I Choose?

Halong Bay region is a world full of fascinating destinations and choosing the perfect place to visit can be a big challenge.

Lan Ha Bay prides itself on a wonderful water-based getaway for seasoned travelers.

Stellar of the Seas Cruise

Elite of the Seas

Get the best deal via email

This LOW price cannot be public on our website. Please fill out the form below to receive the deal details.